2019/2/19
The Embassy of Japan in Armenia will organize the 13th Japanese Film Festival from March 1 to March 7.      This year, Japanese films will be screened in the cities of Yerevan, Gyumri and Ejmiatsin, Vanadzor and Stepanavan and all the films will be shown in Japanese with English and Russian subtitles. The entry is free to all the screenings.

Brochure of the Festival 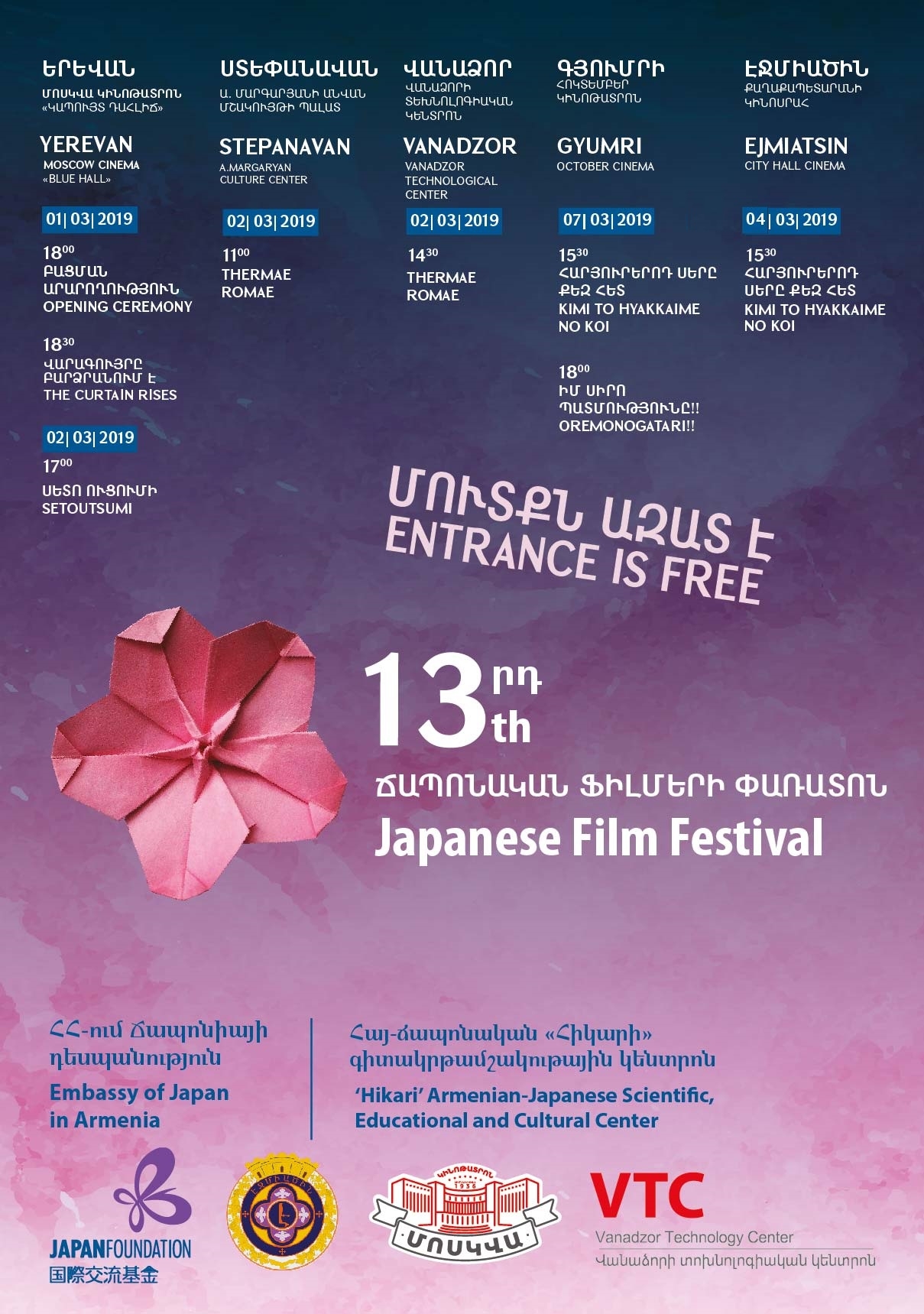