2021/2/1
On December 1, 2020, the Government of Japan announced the recipients of its 2020 Foreign Minister’s Commendations. Honoring to Ms. Anahit Nersesyan awarded from Armenia, Ambassador Yamada presented the award certificate on January 28, 2021.

The Foreign Minister's Commendations are awarded to individuals and groups of outstanding achievements in international fields, to acknowledge their contribution to the promotion of friendship between Japan and other countries. The Commendation also aims to promote the understanding and support of the Japanese public for their activities.

Ms. Nersesyan is one of the most renowned pianists in Armenia, who was awarded a gold medal at the International Johann Sebastian Bach Competition in 1980. Ms. Nersesyan has contributed to enhancing skills and artistic sense of Japanese pianists through recitals as well as educational activities at Tokyo University of the Arts and Tokyo College of Music since her first visit to Japan in 1994. Her students include medalists at international piano competitions including Mr. Takahiro Akiba, a chairman of the Komitas Music Society of Japan, committed to music exchange between Japan and Armenia. Ms. Nersesyan has also contributed to promoting cultural and people-to-people exchanges through music between Japan and Armenia, highlighted by the concert for the victims of the Great Hanshin-Awaji Earthquake.

Ms. Nersesyan was awarded the Foreign Minister's Commendation in recognition of her promotion of mutual understanding between Japan and Armenia through music. 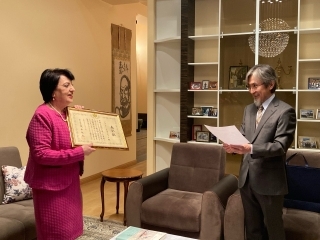 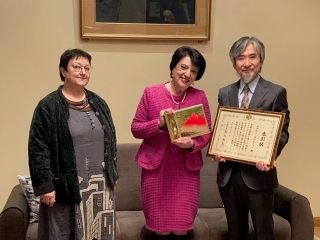 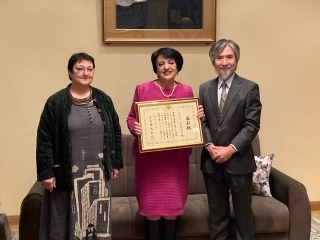 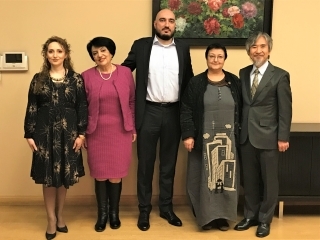