2021/3/30
On March 30, Ambassador Yamada paid a courtesy call to H.E. Mr. Sarkissian, President on the occasion of the completion of his diplomatic mission. During the meeting, President Sarkissian thanked Ambassador Yamada for his efforts and contributions to the development of Japan-Armenia relations throughout his tenure. In response, Ambassador Yamada reiterated his gratitude for the attendance of the President and his spouse at the Ceremony of the Enthronement of His Majesty the Emperor in 2019, and expressed hope that the existing potential between the two countries will flourish, and the friendly ties will deepen further. 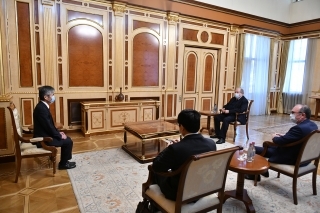 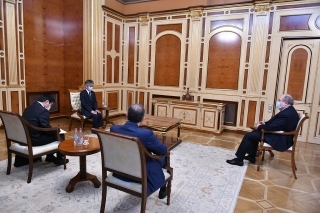 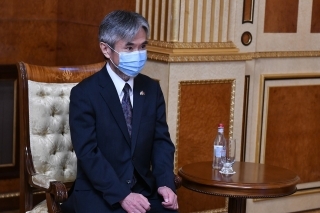