2021/3/25
On March 25, Ambassador Yamada paid a courtesy call to H.E. Mr. Pashinyan, Prime Minister on the occasion of the completion of his diplomatic mission. During the meeting, Prime Minister Pashinyan stated that many things had been achieved as a result of Ambassador Yamada's three years of activity, and that he would continue to be a friend of Armenia after his departure. In response, Ambassador Yamada stated that the closeness of the people of Japan and Armenia remains unchanged, and that the democratization of Armenia has universal significance for the entire world and that further progress is expected in the future. 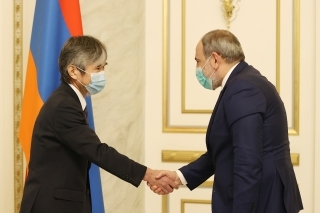 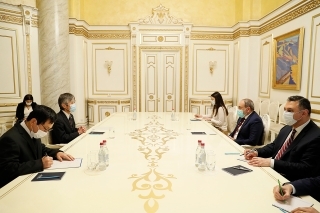