2021/8/3
On August 3, Ambassador Fukushima had a meeting with President Sarkissian, who paid a working visit to Japan in late July, to attend the opening ceremony of the Tokyo Olympic Games (During the visit, the President attended the opening ceremony of the Olympic Games, was received in the Audience with His Majesty the Emperor, and had a meeting with Prime Minister Suga, as well as with other government officials and representatives from business and cultural fields.).
During the meeting, Ambassador Fukushima expressed his gratitude for President Sarkissian's visit to Japan and stated that he was confident that this visit would greatly contribute to further development of the relations between Japan and Armenia.
In response, President Sarkissian extended his gratitude for the hospitality of the Japanese side and expressed his hope for future cooperation in the fields such as high-tech, energy, business, and culture to promote bilateral relations.

Photos: Office of the President of the Republic of Armenia 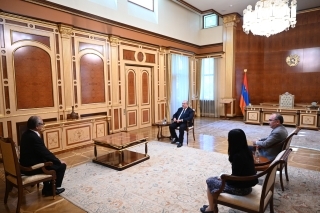 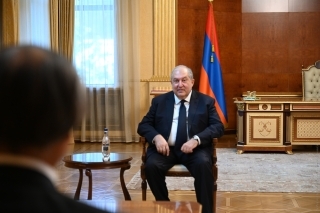 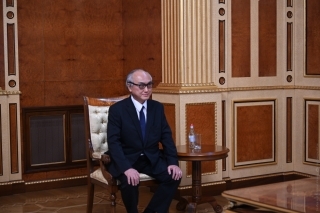 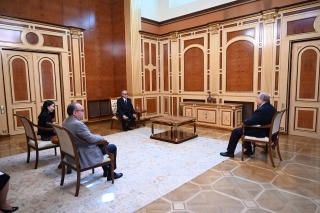