On February 25, the signing ceremony of exchange of notes between Government of Japan and UNDP for the Project for Electoral Assistance in Armenia took place at the Government office of the Republic of Armenia.

In order to support democracy and electoral reforms in Armenia, the Government of Japan will provide 1 million dollars (about 114 million yen) to equip the voter authentication devices and strengthen the institutional capacities of the Central Electoral Commission, which will be implemented by UNDP.

It is expected that the system for the implementation of democratic, transparent and fair election will be strengthened through this cooperation, which will contribute to the improvement of institution for the economic growth and regional development. 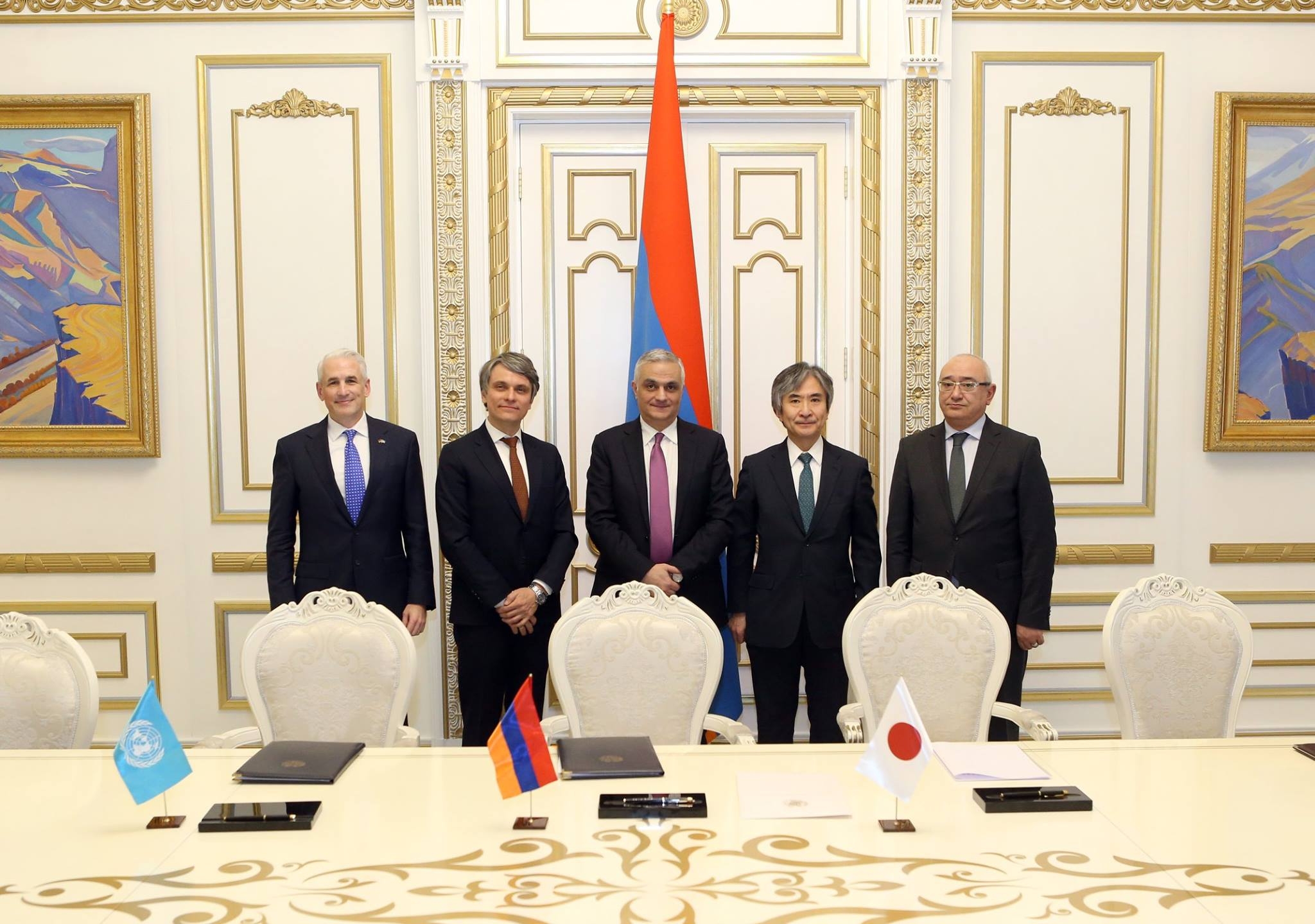 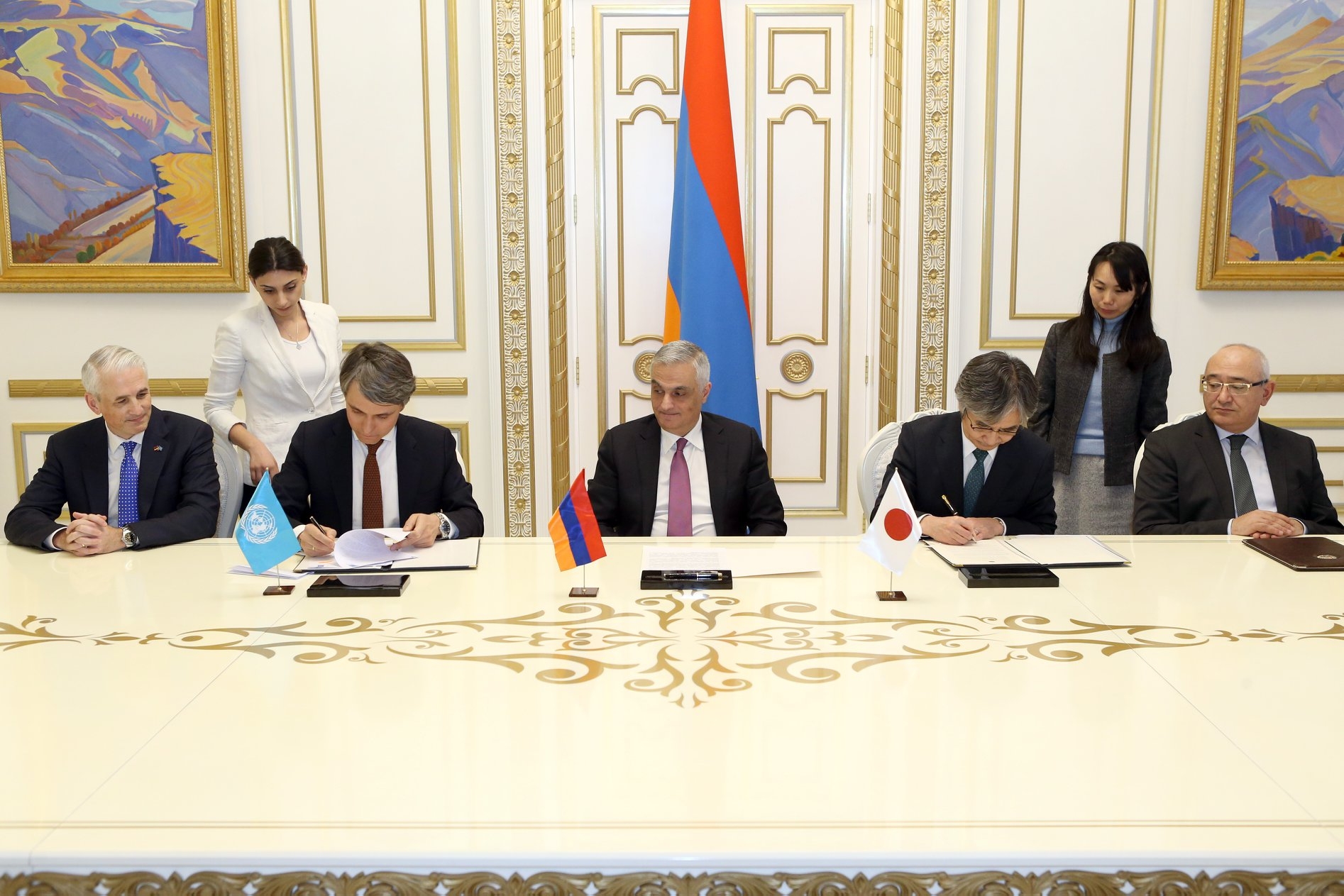